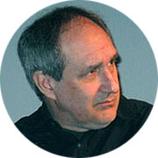 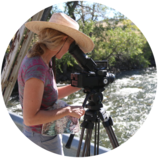 The Definitive Documentary for New and Prospective Users 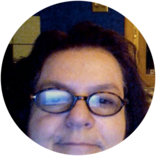 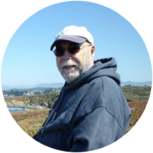 ROSLYN DAUBER, Producer and Director, is an award-winning documentary filmmaker with over 20 years of experience.  Her latest documentary -A NEW UNDERSTANDING: THE SCIENCE OF PSILOCYBIN features the pioneer neuroscientists, psychiatrists, and therapists who run clinical trials on the benefits of psilocybin for the terminally ill.  With a Master’s degree in Science, Technology & Public Policy from G.W.U., Roz is especially suited to create science and medical related videos.  Having spent 4 years as producer/writer on A NEW UNDERSTANDING; the SCIENCE OF PSILOCYBIN, she is  keenly aware of the public interest and promise of non-prescription Schedule 1 drugs – marijuana, MDMA, and psychedelics.  Educating the public is the key to growth and change.  As a cancer survivor active in the Cancer Support Community, she's seen how vital readily accessible and comprehensible information is.  Her films,'Tara's Daughters' about Tibetan women refugees, 'Upward & Outward' the educational film showing the scientific method for the National Science Foundation, among others, have taken her to Tibet, the Gobi Desert, Peru, Europe and research facilities around the world.  Roslyn was a journalism associate professor at the University of Colorado, Boulder for seven years.

BOB DEMAIO, Editor, Writer, and Story Consultant, has vast experience in the film industry. His true passion lies in documentaries. He has edited numerous feature documentaries including ‘The Natural History of the Chicken’ and ‘Cane Toads’: ‘The Conquest’, which screened at Sundance. He edited the TV series, ‘The Standard of Perfection: Show Cats’ and three episodes in the PBS special ‘The Pursuit of Excellence.’ He edited both Academy Award nominated films ‘Tell Them Who You Are’ and ‘How to Live Forever’, directed by Mark Wexler. Bob has been a member of the Writers Guild of America since 1989.

CHRIS CASADY, our Cameraman, is a film school graduate from the California Institute of the Arts and a member of the IATSE Cinematographers Guild local 659. Chris is an award winning Animation filmmaker, including stwo Clio awards, and directed an animated Beastie Boys music video.​

DJUNA ZUPANCIC, Editor, has worked internationally shooting, editing and directing video. She has done projects for NCAR the National Center for Atmospheric Research, SustainAbility and the Tippet Rise Art center. She has worked with Rockefeller Philanthropy Advisors, The Colorado Divising of Wildlife, Gaia TV and many commercial productions.